It can be too easy to find ourselves browsing the fast food menu when the chips are down. No pun intended. In fact, it’s such a well-tread pattern that we actually carried out a study on just how many of us turn to the ‘wrong’ foods to make ourselves feel better. We spoke to 2,000 adults on the matter and found out that a massive 65%  of us will indulge in food that’s high in fat and/or sugar in a bid to boost our mood.

Probing a bit further, we found a very strange paradox in this behaviour: a third of those we surveyed said they had ‘no idea’ which foods would actually help improve their wellbeing, despite 73% believing that there is a link between what we eat and how we feel in ourselves. 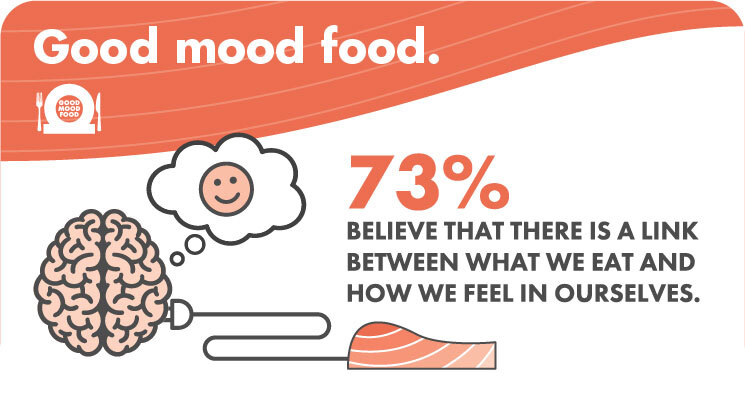 For anyone not sure, these kinds of indulgent foods are not the best option when you need a pick-me-up. In fact, we should be opting for foods like grains, oily fish and fruit  . Don’t just take it from us though. Nutrition-trained Chartered Psychologist Kimberley Wilson  , author of “How To Build a Healthy Brain”, said: “It is very easy to turn to takeaways when we’re feeling low, but while these high-sugar and high-fat foods can make us feel better in the moment, they aren’t the best long-term mood boosters. 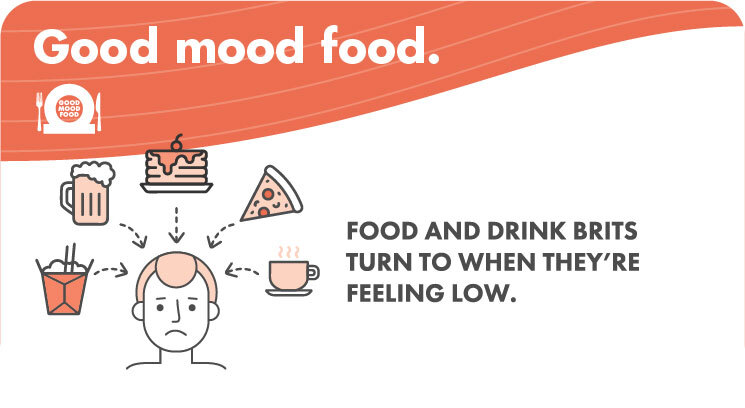 “People are aware that their food choices can impact their mood, but many people wouldn’t know which foods to pick up in order to help them feel more positive day to day and to actively improve their brain health.

“You might crave a burger, or maybe some chips but you – and your brain – will be much better off eating wholegrains, vegetables and salmon. 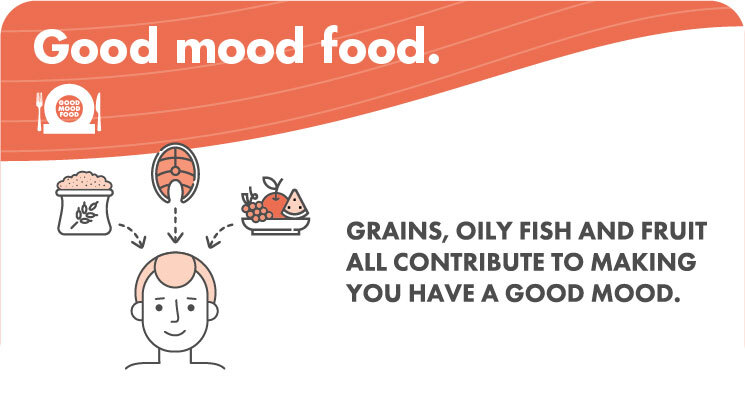 “I’ve long been an advocate of the benefits of salmon – it’s far more versatile than people realise, rich in Omega-3, an essential fatty-acid which the body cannot produce by itself, but is also a great source of Vitamin B12 and Vitamin D, all known to be good for mood.”

The average adult estimates that it takes an average of 18 minutes after eating something to realise if it’s had an impact on their mood. But 64% admitted they reach for less healthy foods when they’re feeling low – though 26% feel worse as a result after.

We just had to ask about the pandemic too of course. Due to the last year’s events, 29% said their attitude to food has changed in the last year whilst 39% of those trying to eat healthier options because they’ve been more sedentary. Nearly a quarter have eaten more whole foods than usual, but almost one in five have consumed more processed foods. More than half have felt more creative in the kitchen though, and have tried their hand at cooking new dishes over the last 12 months – with more than a quarter enjoying challenging themselves. That’s exactly what we like to hear, well done these people! If you’re one of them, did you know we have a whole section of our website dedicated to recipes ? You’ll even find some from Kimberley Wilson that pair quality salmon with other ingredients known to support mental and physical health.

It also emerged that Brits don’t take their diets seriously until around the age of 31, despite 71% recognising that diet can impact things like depression, anxiety and cognition. But 45% often find healthy food often boring to eat, with 45% of those who reach for sugary treats also finding that they easily succumb to ‘food guilt’. Our study, carried out via OnePoll, found that of those looking for a healthier option, 64% eat fish weekly or more, with 29% of those cooking it more than once a week. It’s not all about food either. We also found that respondents believe a traditional English tea, a coffee or alcohol to be the best drinks to improve their mood.

If you ask us, there’s a huge opportunity for all of us to start making better choices around what we eat and drink. After all, when it comes to your mental wellbeing – there are few things that are more important.

Why go pescatarian this January?

Thinking of cutting meat out of your diet this January?…

How to BBQ Salmon

Move over boring burgers and everyday sausages, salmon is the…

How to select good quality salmon

Here at MOWI we’ve got a good eye for exactly…
View all articles
We use cookies on our website to give you the best experience and to make sure the MOWI communications you see on other sites are relevant. You can manage these within 'Manage cookies' or by clicking “Accept All”, you consent to the use of ALL cookies. Read More
Manage cookiesACCEPT ALL
Manage consent

This website uses cookies to improve your experience while you navigate through the website. Out of these, the cookies that are categorized as necessary are stored on your browser as they are essential for the working of basic functionalities of the website. We also use third-party cookies that help us analyze and understand how you use this website. These cookies will be stored in your browser only with your consent. You also have the option to opt-out of these cookies. But opting out of some of these cookies may affect your browsing experience.
Essential Always Enabled
Necessary cookies are absolutely essential for the website to function properly. These cookies ensure basic functionalities and security features of the website, anonymously.
Analytical
Analytical cookies are used to understand how visitors interact with the website. These cookies help provide information on metrics the number of visitors, bounce rate, traffic source, etc.
Marketing
Advertisement cookies are used to provide visitors with relevant ads and marketing campaigns. These cookies track visitors across websites and collect information to provide customized ads.
SAVE & ACCEPT